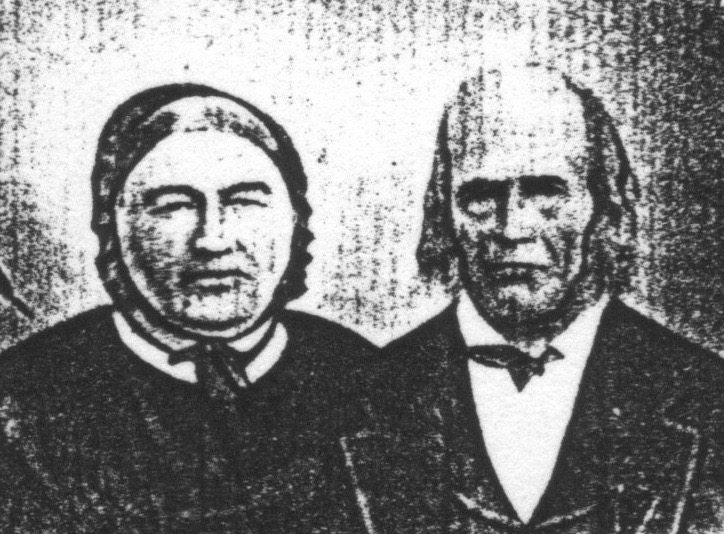 The history of the Hirtzel family has its beginnings in the mists of family legend.  Information from the New York Public Library indicates that the Hirtzel family originated in what is now the Canton of Zurich, Switzerland, where still exists a very small village bearing the family name.

The first written record was of a Johann von Hirtzl, who went on the First Crusade of 1096.  There is a Hirtzl coat-of-arms, authenticated by the College of Heraldry, New York.  It is dated 1096.  The copy held by the family is a reproduction from an original engraving of 1699 in the New York Public Library.  It is described as blue antlers on a silver shield, silver helmet surmounted by blue antlers.  The mantling is a blend of blue and silver.

At the time of the crusades the princes and knights were obliged to adopt various devices or emblems, borne on surcoat and banner, and soon after on the shield, by which they and their commands could be recognized.

Many original documents are in the family archives and provide confirmation of birth, marriage, and death dates of members of the family.

Christian Hirtzel, Sr., was born near Hirtzl, Switzerland about 1788 and moved with his parents to Alsace on August 7, 1788.  He became a cabinet maker and settled in Sundhausen, Alsace.  During the Napoleonic wars he made artillery caisson, being excused from active service due to crippled legs resulting from a childhood illness.  His first wife was Marguerite Schmidt of Sundhausen, daughter of Michel Schmidt and Marguerite Metzger.  To this marriage was born only one son, Christian, Jr.  The birth certificate on file with the municipality of Sundhausen states:  Chretien Hertzel born March 18, 1813.  The mother, Marguerite, died at Sundhausen on May 7, 1816.

Christian, Sr., later married Maria Salome Escher, a sister of Martin Escher, the father of Bishop Escher of the Evangelical Church Society of Chicago, Illinois.  Martin Escher came to America in 1831, located on a piece of land in Pleasant Township, Warren County, Pennsylvania about a mile south of Warren Borough.  Martin knew that Christian Hirtzel contemplated coming to America.  In 1832 he wrote him about the route and advised him to ship by way of New Orleans for fear the canal from New York to Buffalo would be closed for the winter, but from New Orleans he could come up the Mississippi and the Ohio Rivers to Cincinnati and Pittsburgh, then by wagon to Warren County.  he also wrote him that he might bring any articles or things with him, but leave old country customs behind, as they were of no use in America.

In September, 1832, Christian, Sr., his wife and six boys, George, Jacob, Philip, Martin,, John, and Andrew started for America.  Christian, Jr., was left behind with relatives of his mother, as they protested against his coming to this country.  At Le Havre, Christian, Sr., sold the horses and took passage on a two-masted ship for New Orleans.  Soon after leaving Le Havre, France, a son, Johannes Luke, aged about six years, took sick and in about two weeks died and was consigned to a watery grave.  After a fifty-six day voyage, the emigrants landed in New Orleans on December 10, 1832.  A ship passenger list confirms the names of the emigrants:

After about a two-week stay, passage was secured on a boat to Cincinnati.  After another two-week stay in Cincinnati, passage from there to Pittsburgh, Pennsylvania was obtained.  Here Father Hirtzel obtained work, and after a seven week stay, took passage on a canal boat up the Allegheny River about thirty miles to Freeport.  Here he hired a team to bring the family to Warren County where they arrived in April 1833.  After about a two year’s stay in Warren Borough, he bought a piece of woodland in Pleasant Township, about four miles south of Warren, where he cleared ground and built a log house, and the family moved to the house the same season.  Much of this time Christian worked out to support the family.  Wages at that time for common labor were fifty cents a day.  In 1837 he bought neighbor Adam Knopf’s farm of fifty acres with some clearing on it.  At this same time, Maria’s brother, Martin Escher, sold his property to Dr. T. F. Parker and moved his family to near Chicago.  In 1839, the last child, and the first in America, Mary, was born.

About the 1st of January 1841, Christian Hirtzel took sick and died the following month at the age of 53. .

Between 1831 and 1850 Pleasant Township of Warren County was populated almost solidly by Alsatians, many of whom were of French national origin.  They spoke a distinctive Germanic dialect that was not readily understood by those who spoke a true German.

The children of Christian Hirtzel, Sr. and Maria Salome Escher were as follows:

About the time of Christian’s death,  Jacob left home to make a living for himself, and soon after, Martin went to learn the wagon-makers trade with Milo Park.  He worked at that trade for a time, then turned his attention to sawmill building.  In the summer following, George married Magdelena Schuler, a daughter of Jacob Schuler.  Jacob married Saloma Arnold in 1842, a daughter of George Arnold.  In the fall of 1845, Andrew left home at the age of sixteen to learn the blacksmith trade with S. G. Page, and married Mary A. Reig, a daughter of John Reig on November 30, 1851.  Martin was married to Mary Hartwhart, a daughter of Martin Hartwhart, in 1850.  Philip married Barbara Eichler in 1853.  George and Philip remained at home on the farm, which all called home because Mother was there.  She lived on the farm with George and Philip and their families until she died in the fall of 1853 at the age of 63.

George and Philip worked the farm together, improved and enlarged on it by purchase of pieces of adjoining lands.  In 1861, George bought some land which was then called Morrison Flats, now being the west end of Warren, and moved his family there.  He found the 25 to 30 acres too small for a farm, so in the fall of 1863 he traded his acreage to Joseph Hall for a farm of 136 acres in Meade Township, about three miles up the Allegheny River from Warren.  Here he farmed until he died in the fall of 1867 at the age of 49, leaving a widow, two daughters, and three sons.  The farm still belongs to the family.  Philip and his family remained on the old homestead and made farming a success.  He was also engaged in lumbering to some extent.

A marriage record on file at Sundhausen confirms that Cretien Hirtzel and Salome Beyer were married on May 19, 1841.  Salome was born at Sundhausen on November 5, 1815, the daughter of David Beyer and Marie Ursula Hanhart Beyer.  There is a story that his parents opposed the marriage because there was sugar diabetes in her family.  If true, it might explain why they did not settle in Pennsylvania with his family.  They decided to immigrate to America, and the trip was called their honeymoon.  It is believed that they came directly to Walker Township, Rush County, Indiana.  A land deed states that Christian Hertsel acquired forty-two acres in Section twenty-two, Walker Township, from David Trew and the deed was recorded on August 19, 1842.  In addition to the original tract of land, Christian acquired nearby forty acres in 1848 and thirty-eight acres in 1851.  These tracts became the family homestead, and are the present-day (1995) farm of Wayne Hirtzel Carmony.  In 1869 Christian purchased 190 acres in Section eleven.  In 1863 he added seventy-five acres to his land holdings, this acreage being in Section sixteen of Union Township, Shelby County. In 1927, his grandson, Conrad Gahimer, acquired this farm from the estate of his father, William Gahimer, for his family homestead.  Christian was a farmer and blacksmith.

The naturalization records for Christian Hertsel, Jr., are found in Rush County records.  He applied for citizenship on January 24, 1844, and was granted full citizenship on August 4, 1848.

The house that was built by Christian on the home farm south of Manilla on the south side of SR 44 on the east side of the Rush/Shelby County border consists of two, two-story log cabins.  The one on the west end, built with yellow poplar logs, was probably on the farm when purchased in 1842.  After Christian purchased the adjoining land of 38 acres in 1851, he moved the cabin, constructed with red beech logs, from the northwest corner of the tract onto the east side of the first cabin, with space between them for a hallway and a staircase.  Very few changes have been made in the floor plan, although the log cabin was sided with wood siding, and later a porch was added across the front and additional rooms across the back.

The present barn was built in 1881 after a windstorm had felled many trees on the farm.  The logs were sawed into building materials.  The contract for the building remains, with exact details as to size and plan:

The U. S. Census for Walker Township confirms his residence there in 1850, 1860, 1870, and 1880.  He was a farmer and blacksmith by occupation, but during the early years he worked in Cincinnati, Ohio, with a meat packing company during the winter months.

Salome Hirtzel died on November 15, 1884 at the family home, of dropsy and pneumonia.  Christian, Jr., died on September 16, 1887 of asthma.  Both are buried in the German cemetery, The Evangelical Protestant St. Zion Church in Union Township, Shelby County, about a mile south of Rays Crossing.  The church in 1995 was known as the Zion United Church of Christ.  A tall, red granite obelisk, with German inscriptions, marks the burial place.

Christian and Salome had six children:

All are buried in the Zion Cemetery except Michel and Eva Catherine, who are buried at Forest Hill Cemetery, Shelbyville.

On legal records, the name is spelled Hirtzel or Hertzel.  As to when and why the spelling varied is not known.  The surname is no longer found among the descendants of Christian, Jr., as the last male of that name died in 1982.  There are numerous descendants that married into other surnames to be found in the surrounding area.