All that is currently known about Atica Gruell is that he and Rachel were living near the little settlement of Waterloo in Fayette County, Indiana in May 1828 when their son Isaac was born. It is thought that they also had sons named William and John, and probably other children.

In 1836, Atica brought his family one county west to Rushville and where he operated a tannery for a number of years. He lived on a farm west of Rushville.

In 1850, the Federal Census shows Atica’s newly married son Isaac and his bride Sarah (Young) Gruell farming in Orange Township in Rush County. Lucinda Gruell, 43 years old, and five of her children were living nearby. She was the widow of Haddock Gruell, who is thought to be Atica’s brother. Also nearby are William and Minerva Gruell, and John and Emily Gruell, all farming, and probably either Isaac’s brothers or Lucinda’s sons.

Isaac N. Gruell and Sarah J. Young were both born near Waterloo, Fayette County, Indiana; he on May 6, 1828, and she on September 22, 1829.  When he was eight years old, Isaac came with his parents to Rush County near Rushville, where he was reared to manhood on a farm west of Rushville, receiving his education in the local schools.

For more information about Isaac’s younger years, see this story.

After his marriage to Sarah Young about 1850, he established his home in that same vicinity and spent the rest of his life there.  Although he did not invest in a farm of his own, he rented and conducted large farm operations, and was successful in his undertakings.  In addition to his farming, Isaac carried on a wide practice as a veterinary surgeon, and was widely known throughout Rush and neighboring counties.

Isaac and Sarah had eleven children:

Isaac and Sarah did considerable moving within the county.  In 1850, Isaac and Sarah were listed in the Federal Census for Orange Township, located in the southwest corner of the county.  In 1860, they were located in Union Township, northeast of Rushville.  He was listed as a farmer having $1200 in personal property.  William H. (8) and Claburn (7) were in school, while the three younger ones were at home.  In 1870, they were listed in Rushville Township, the central township containing Rushville.  Isaac was still listed as a farmer, but his personal property was worth $600.  William H. (18) and Claburn (16) were farming, Jennie (Amanda), Harvina, Charles, and George were in school, and Lincoln, Samuel, and James were at home, undoubtedly helping Sarah keep house.  In 1880 they were living back in Union Township.  William H. is still at home at age 28, but Claburn and Jennie are gone, leaving eight children still at home.

Isaac died on June 12, 1898.  Sarah followed on May 15, 1903.  Both are buried next to their sons Claburn and Joseph in the southwest corner of Section 6 of the East Hill Cemetery in Rushville.

Mrs. Sarah Gruell, widow of the late Isaac Gruell, of Union Township, died Friday evening at the age of 74 years.

Little is known about Isaac’s parents, Atica and Rachel Gruell.

William H. Gruell married Emma Irene Boyd on April 1, 1885 in Rush County. It is thought that they had a son, Orien, in 1886, but he died soon after birth. Their daughter, Sallie Irene, was born on September 5, 1887 in Rush County.

In 1890, three years after Sallie’s birth, Emma died. She was buried with her parents, Jessie and Lucinda (Innis) Boyd, and siblings in the southeast corner of Section 4 in East Hill Cemetery at Rushville. Sallie was raised in foster homes or with relatives. In the 1900 census, twelve year old Sallie was found living in Anderson Township near Milroy with her cousin, Charles Crosby, and his wife Harriet and four children. They also had a young couple with a daughter who worked as servant/farm-hand. Sallie was in school.

Sallie was married to Conrad Fredrick Gahimer in Rush County on August 24, 1807. At that time, her father, William H., was farming in Franklin County. No trace of him has been found in the census since 1880. He died in Franklin County on July 29, 1916 at age 64, and was buried in Section 4 of the East Hill Cemetery at Rushville, the same section as his parents, Isaac and Sarah Gruell. Searches for his grave marker have been unsuccessful. It is known that he had remarried before his death to an Elizabeth Goins, and he was a teamster. 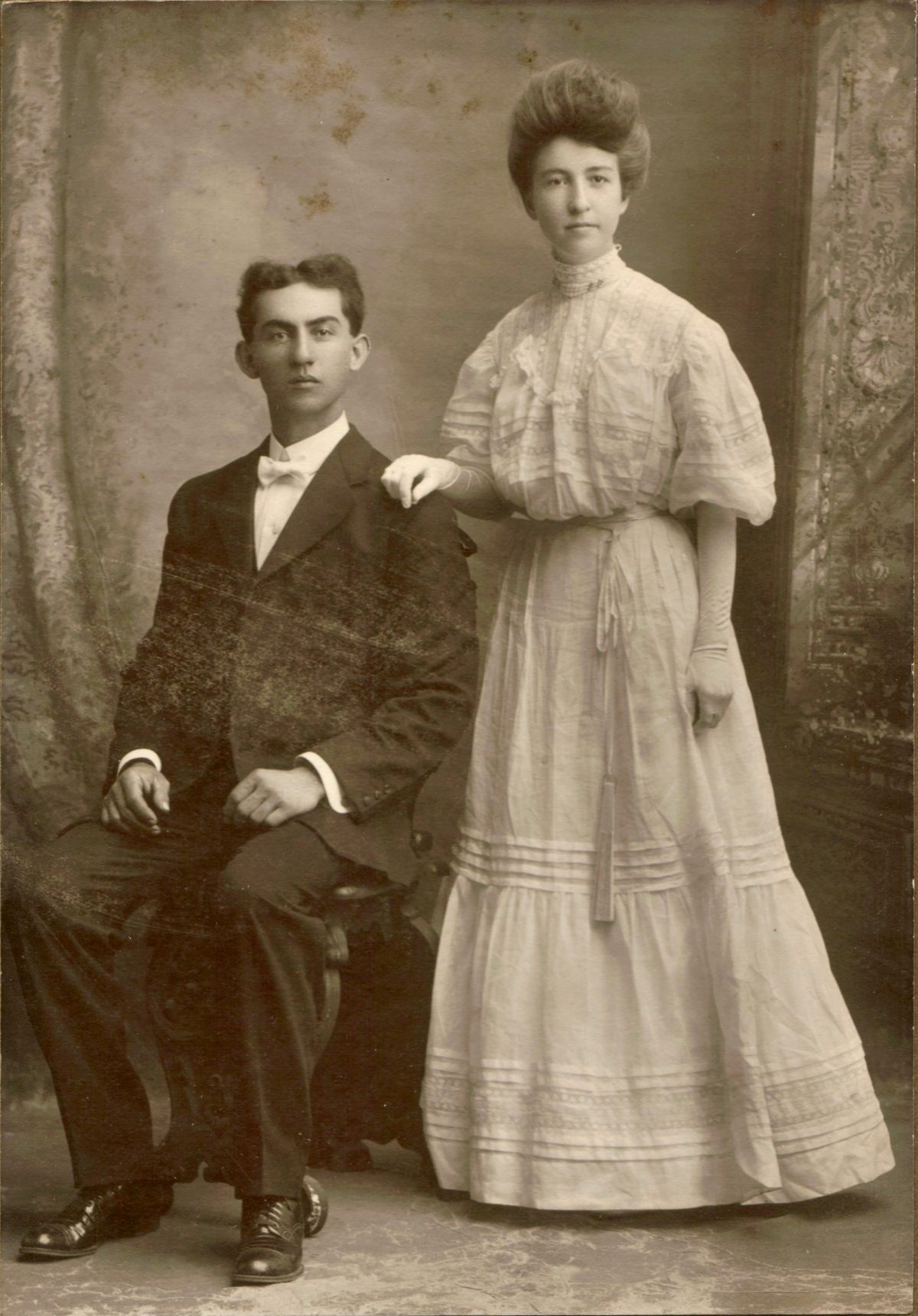  Conrad, son of William and Salome (Hirtzel) Gahimer, lived on a farm west of Manilla on the old Rushville Road in Union Township, Shelby County. It was originally owned by his grandfather Christian Hirtzel, and he purchased it after the death of his father. END_OF_DOCUMENT_TOKEN_TO_BE_REPLACED