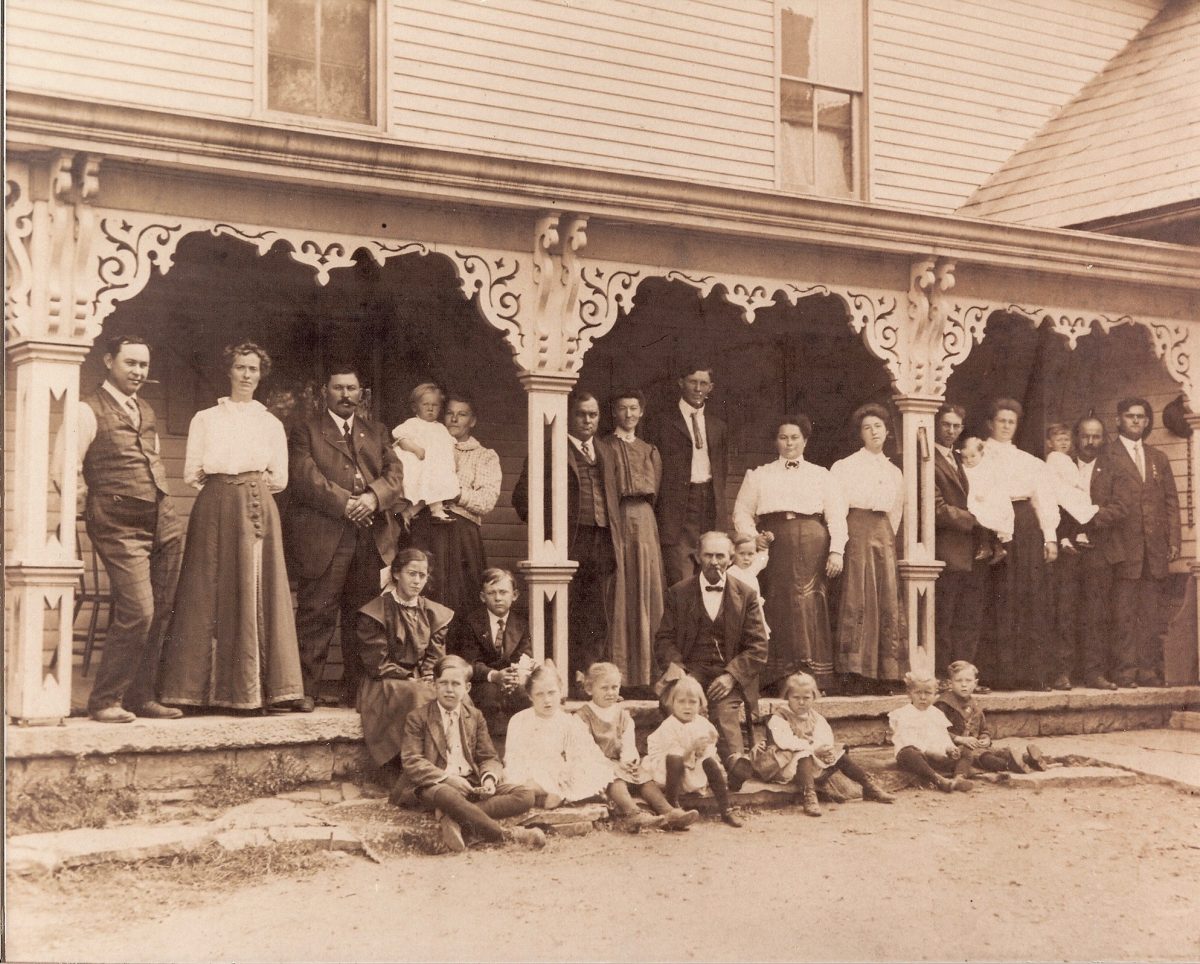 Story contributed by Joe Gahimer based on information provided by Charlene (Gahimer) John and Fred Gahmer.

The cover photo was taken 1908 at William’s farm house. The house went to Ed in 1924 and burned down in 1945 (William had given farms to the rest of the children). In 2009, Helen Rice was living in the same location.

 William Gahimer was the seventh child born to Johann Jacob and Maria Anne (DePrez) Gegenheimer. Johann and Maria had only been in America for 10 years when William was born on 3 Aug 1843.

For more information about William’s younger years, see this story.

While John William was still a baby, Catherine died (31 Jan 1979). Julius, the eldest child was only 8 years old. Catherine was buried in the Zion Evangelical Cemetery in Rush County, IN.

Later that year, on 25 Nov 1879, William married Salome Hirtzel, the daughter of Christian (a local farmer) and his wife Salome (Escher) Hirtzel. Both William and Salome were 36 years old.

For more information about Salome’s younger years, see this story.